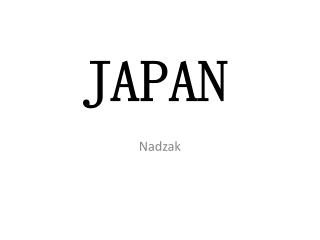 JAPAN. Nadzak. Write this in your social studies notebook!.