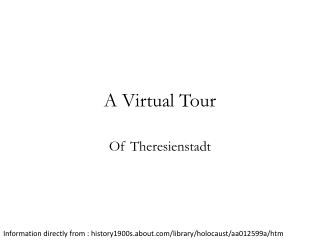 Virtual Tour Introduction - . what are virtual tours?. a tool that can differentiate cdw from the competition by