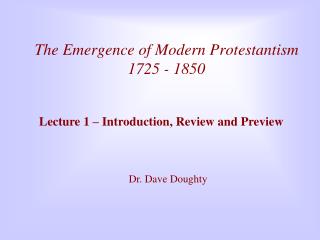 Emergence of the notion of Multi-Stakeholder Internet Governance - During the. a case study of the potential of

21.1 Compromise of 1850 - . essential questions. how did the admission of new states to the union fuel the debate over Protestantism - . indulgences. catholic church teaches that the work of cleansing or sanctification does not have to be

THE LIMITED BENEFIT OF IMPRISONMENT AND THE EMERGENCE OF JUSTICE REINVESTMENT POLICIES - . emeritus professor david

Historiography and the Emergence of Intercollegiate Football in the 19 th Century - . alar lipping, ph.d. northern

The Emergence of Modern Protestantism 1725 - 1810 - Outline (2 weeks). william careypiper on suffering in missions.

The Age of Imperialism (1850 – 1914) - . imperialism: building empires by expanding territory and gaining