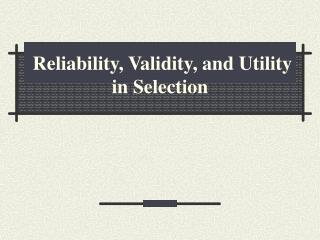 Reliability, Validity, and Utility in Selection

Reliability, Validity, and Utility in Selection

Study Skills - . taking text notes. where are you now? answer the questions – yes or no. do you take notes on textbook

Chapter 2 Notes - . every economy must answer 3 important questions: what goods and services should be produced? how

Chapter Notes - . cornell style. notes from chapters. the general rule if thumb is one page of notes for every three

Chapter 8 Notes - . place these notes into your geology notebooks. the lithospheric plates of the earth are rigid and

Chapter 4 - Cell Structure and Function - . the printed out notes are more detailed than these slides, you are expected

Chapter Two with Notes - . dill left us early in september, to return to meridian. we saw him off on the five o’clock

Chapter 2 Notes - . origins of american government. big idea. what is our political heritage, and how did that effect the

Lord of the Flies Chapter Notes - . chapter 1 “the sound of the shell”. (focus for reading) identify elements of the

Chapter 8 Section 2 - . do-now. in your notes, complete the identifications for chapter 8, section 2 pg 294 people and

Chapter 16 Notes - . the molecular basis of inheritance. concept 16.1. once morgan showed that genes are located on