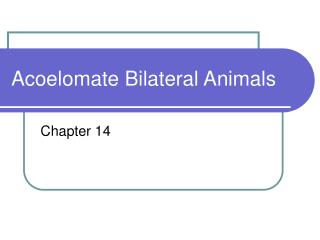 Bilateral Symmetry - . the remaining phyla are all bilaterally symmetrical or at least have primary bilateral symmetry

Bilateral I - . lecture one. what is interpreting?. it is transferring the meaning from a language (source language) to

Bilateral cooperation - . strengthening bilateral relations as an overarching goal of the grants the donor programme