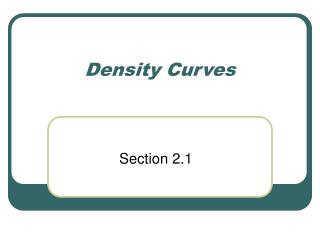 Racing the Sun - . by: paul pitts. navajo nation. past and

Density Curve - . a density curve is the graph of a continuous probability distribution. it must satisfy the following

Density Curves and Normal Distributions - . density curves. so far we have worked only with jagged histograms and stem