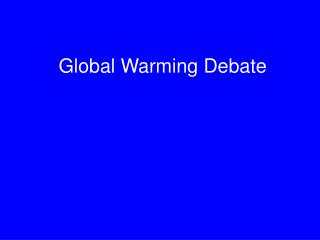 Global Warming Debate Q&A: Climate change Accelerating ice-melt may be a sign of global climate change The Earth is getting warmer. Scientists predict increasing droughts, floods and extreme weather and say there is growing evidence that human activities are to blame.

Immigration from a Faith-Based Perspective - . how faith-based groups can make a difference in the immigration debate.

Content Introduction: Disasters and Climate Change in the Philippines - Land use in flood-prone areas structure of a

GLOBAL WARMING - . one of the biggest issues facing us right now is global warming. its effects on animals and on

THE CARBON CYCLE AND GLOBAL WARMING - . carbon. 4 th most abundant element on earth essential for life- all organic

Inkhorn Controversy - . inkhorn controversy. an inkhorn term is a term borrowed from a foreign source into english that

Global warming - . what is global

Global climate rallies - People from australia to paraguay join the 'no planet b' protests ahead of the u.n. climate