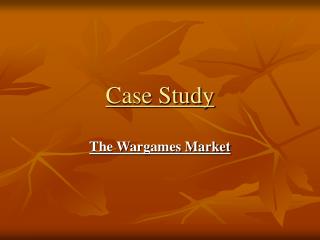 Ethics in the Workplace Case Study - . an unethical culture in need of change: tap pharmaceuticals. presented by: ethics

Case study - . case and case study. a case is a phenomenon, or an event, chosen, conceptualized and analyzed empirically