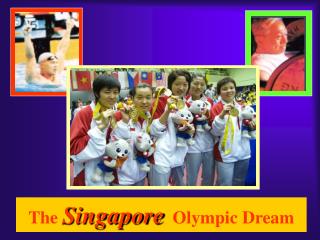 The Singapore Olympic Dream Olympic Movement To contribute in building a peaceful and better world by educating the youth Through sport practiced without any discrimination of any kind In the spirit of FRIENDSHIP, SOLIDARITY AND FAIRPLAY Olympic Rings

Solidarity - . defining : solidarity is all about being united, working together and to produce common ideas about

Unit5 Ambitions and Dreams - . learn to talk about personality and jobs. practice talking about the future. language

The Olympic Movement - . humble beginnings to global dominance. learning goals. learn why and how the modern olympics

Maksim Mrvica - . worldwide famous pianist with origins from Šibenik. why is he so special?. he plays classical

History of singapore - . a srivijayan prince named sang nila utama found temasek . he saw a singa [lion] and renamed the

Olympic Bobsled - . by chris r. . how much the bobsled weighs. a four person bobsled with the drivers have to weigh 1,500