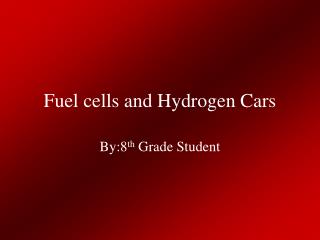 Fuel cells and Hydrogen Cars By:8 th Grade Student It is the lightest of all elements. How will hydrogen power replace fossil fuels? It carries clean energy, unlike fossil fuels. It is also the most plentiful element in the universe.

Eastview Q2 Student Artwork - . each student has chosen their favorite piece from the quarter to be

Presented by the DI Team: Phyllis Anderson, Science Consultant Vickie Bachman, Math Consultant - “ a student is not an

LeveragingTechnology into Student Outcomes - . possibilities for responding to student needs, departmental visions, and

Leader of Student College Access Training - . teacher/counselor: this power point presentation is provided to you for use

Success as a Graduate Student and Scientist - Hal whitehead biol5700 what do you want as a graduate student? outcomes