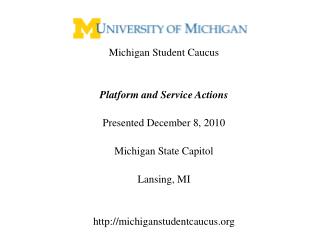 My Trip to Lansing, Michigan - . by: anna coyer. my favorite part was the history