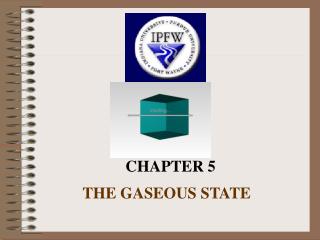 CHAPTER 5. THE GASEOUS STATE. I. Characteristics of a Gas. A) Gases assume the shape and volume of a container. B) Gases are the most compressible of all the states of matter. C) Gases will mix evenly and completely when confined to the same container.