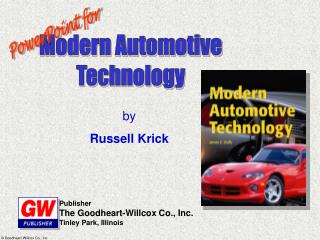 CBA Automotive Technology - . your starting line to a future in automotive technology…. are you ready to drive to

An introduction to basic automotive technology for non technical staff. Presented by Selamat Basir - . objective. by the

Automotive Mechanic - . marshall browning. what does a auto mechanic do?. electrical systems and computerized engine

Technology and Skills in the Aerospace and Automotive Industries

Not Your Grandpa’s Rangers: Integrating Modern Technology into your Weekly Meeting - . facilitator – stephen

CHAPTER 8 Cooling System Operation and Diagnosis - . objectives. after studying chapter 8, the reader will be able to: