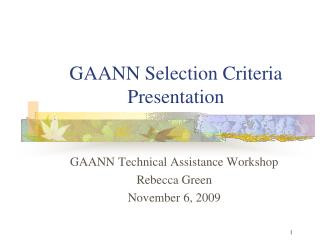 C++ for Engineers and Scientists Third Edition - . chapter 4 selection structures. 1. objectives. in this chapter, you

Criteria for presentation - . 1. the oral presentation : quality , clarity , and accuracy 2. the effectiveness of the

Agenda - . welcome and introductions what we do criteria for selection membership requirements application process

SCIENTIFIC CRITERIA FOR SELECTING FOODS AND DIETARY SUPPLEMENTS - . food and supplements and scientific criteria for

What to measure - . paola primatesta ucl, uk. tasks. identify measurements based on epidemiological and public health