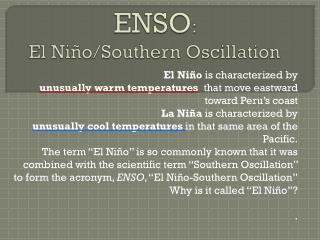 Southern Class Structure in the 1930s - . by: katy saindon ilia savin. background information. • in 1929, the great

Southern Culture in the 1930s - Common foods. many of the notable origins of southern-style cooking come from african,

Southern Gothic - . in american literature. what is gothic?. originally named for the german “ goths .” renaissance

Southern and Eastern Asia - . the student will locate selected features in southern and eastern asia and describe