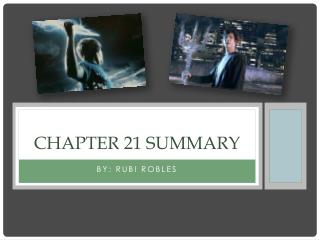 Chapter 21 - . just in time/lean manufacturing. objectives. after reading the chapter and reviewing the materials

Chapter 21 The Second Homecoming - . may 1892 there were certain reasons as to why jose rizal would again return to his

Chapter 21: A Nation Divided - . 21.1– compromise over slavery worked for years. but as the country expanded west, the