Systematics of the K  = 8 - isomeric decay in the N=74 isotones: a study of the lighter 128 Xe isotone - PowerPoint PPT Presentation 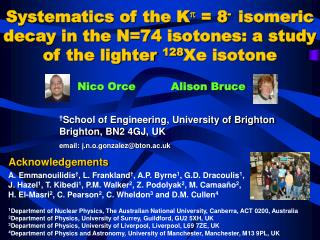 How technology has led to moral decay in societies

Evolution and Systematics - . chapter 19. diversity of life. relevant fields of study taxonomy process of sorting and

Microbial Evolution and Systematics - Chapter 14. microbial evolution and systematics. i. early earth and the origin and

1 st 9 Weeks Test Review Zoology - . # 1. the study of the kinds of organisms and the evolutionary relationships among