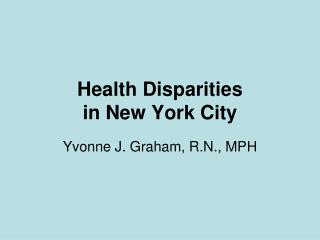 Health Disparities Update 2012 - Outline for presentation. prevalence of disparities-review of recent literaturecauses of

Global Health Disparities - . the universal declaration of human rights. “everyone has the right to a standard of