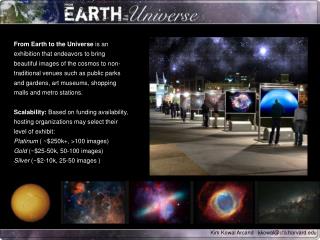 Intro From Earth to the Universe is an exhibition that endeavors to bring beautiful images of the cosmos to non-traditional venues such as public parks and gardens, art museums, shopping malls and metro stations.