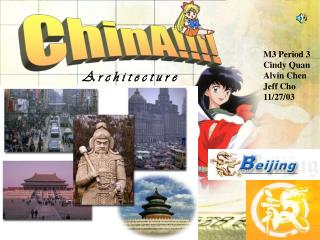 China - . by sam murdocca. how big and where is china?. china covers 5,026 of the east asian landmass. it is the third

CHINA - . by: jasmine jones &amp; aline alphonse. population. china is over populated it has 1.3 billion people which

Geography of China - . long distances and physical barriers separated china from other civilizations isolated this

Chinese Landmarks - . by luke asman. landmarks. there are a lot of famous landmarks in china. if you keep reading this

China - . by jennie kim and morgan kennedy. introduction. why we choose china we both have a strong interest in the

China - . china. china. before one can understand china, we must view its cultural and historical locations . . the

Land Reform in China - . since 1950. transition to socialism . before 1949 feudal warlords controlled much of the land