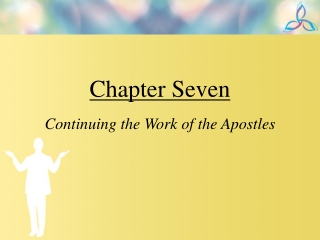 Chapter Seven - . normal curves and sampling distributions. properties of the normal distribution. the curve is

CHAPTER SEVEN - . love for god. nothing more to give. god, who is love, has given every creature the greatest gift of

Chapter Seven - . memories: review. sram: value is stored on a pair of inverting gates very fast but takes up more

CHAPTER SEVEN - . love for god. monday, april 18: do now-copy and answer the following questions. in your own words,

CHAPTER SEVEN - . when the patient dies. note the time of death. check if loved ones are ok. notify hospice. at a