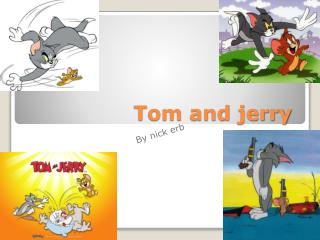 Tom and Jerry - . dáša gardošíková. who are they ?. series of theatrical animated cartoon films creators : william

Jerry Lee - The ultimate tutorial of. jerry lee. the following tutorial rests on the assumption that you are not a 3 year

Photography by Jerry Beare - . life through my eyes and lens. from the kiss of a butterfly . to the ocean’s cool

The Chocolate War - . by robert cormier. event: football. jerry tries out for the football team. he struggles but does

TOMJERRY - The key-word of tom&jerry. friends tom and jerry always fight. but they are friend, ... and jerry.