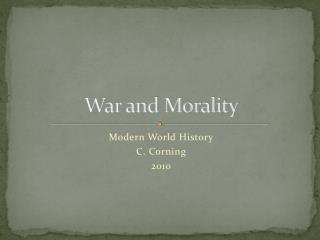 War and Morality. Modern World History C. Corning 2010. War and Morality: Essential Questions. Are there methods/techniques that should never be used during international conflict?  Are some weapons unacceptable?  Should there be certain rules for war?