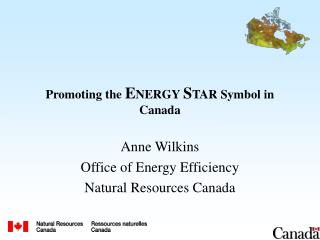 Agreement included the promotion by Canada of 13 products, in five categories: ... Amendment letter submitted by Natural Resources Canada to US EPA and US DOE to ... CANADA - . fatima emirova. geographical position. canada is the second largest country in the world. only russia has a