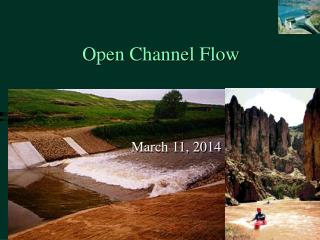 Chapter 20 Open-channel flow - . when one has a flow of water to convey, either to provide some at a place where there is

Overview of Open Channel Flow - . definition: any flow with a free surface at atmospheric pressure driven entirely by