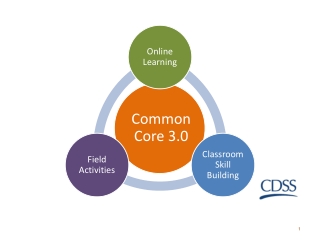 Common Core - . math: the what and the

Common Core - . what is common core?. common core is a set of standards (what is taught) that has been adopted by 46

COMMON CORE - . introduce yourself to those at your table. share your common core experiences. . how are you going to