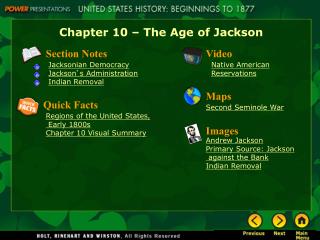 Jackson - . aim : did jackson overstep the boundaries of his office?. “ king andrew ”. how does this cartoon portray

Jackson Historiography What is the central question about Jackson and his presidency? - . frederick jackson turner. late

President Jackson - . president jackson (1829-1837). saw himself as the direct representative and protector of the common

Chapter 14: Andrew Jackson and the Growth of American Democracy - . the presidential race of 1828. john quincy

Michael Jackson The King Of Pop - . michael jackson was born on august 29,1958. he had 4 brothers tito, jackie,