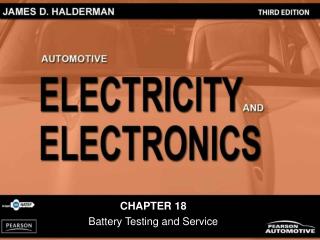 CHAPTER 18 Battery Testing and Service. OBJECTIVES. After studying Chapter 18, the reader will be able to: Prepare for ASE Electrical/Electronic Systems (A6) certification test content area “B” (Battery Diagnosis and Service). List the precautions necessary when working with batteries.

Samsung EB494353VUCINU Battery - Pack you will love the performance of this 1200mah battery which is so compact. the

Battery Charging Operation - . battery. preventive maintenance. when the top of a battery is “dirty or looks damp. give

ELECTRICAL I LESSON 2 BATTERY SERVICE - . use the navigation buttons to progress through this lesson. battery capacity

Charging System Service - . chapter 35 page 459. test the battery first. make sure the battery can be used to confirm

Best Battery Manager Pro - Increase the life of your battery with best battery charger! best battery manager is an