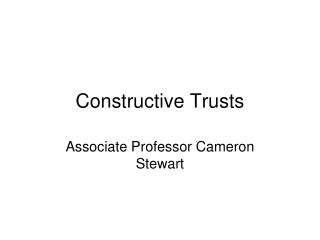 Trusts: Constructive and Implied - . further developments. since the seventeenth century many new types of trust have

First Constructive - . by chanise. general. gain as much offense as possible to use to win the round beware of holes in

Constructive Criticism - . “criticism may not be agreeable, but it is necessary. it fulfills the same function as pain

Constructive Listening - . “sinawa (the great spirit) gave us two ears and one mouth in order that we might listen

Constructive Alignment - . alice: would you tell me, please, which way i ought to go from here? the cat: that depends a

Constructive Conflict - . constructive conflict. our lives and everything we do are to demonstrate the blessing that god