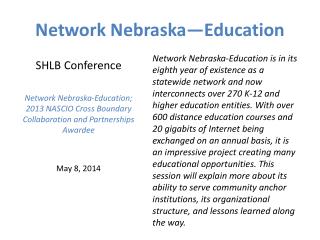 Concept of Shadow Network - Concept of ubiquitous network. network that is flexible and adaptive. check this article -

Network for a Healthy California - . local food and nutrition education orientation for ffy 2010

Transitions: Preschool to Kindergarten and Beyond - . california preschool instructional network ca department of