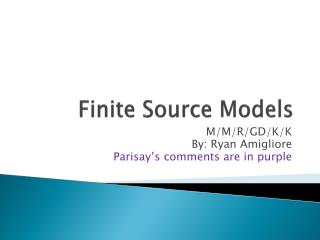 CHAPTER 12 - . finite-volume (control-volume) method-introduction. 12-1 introduction (1). in developing what has become

Finite-State Machines with No Output - . kleene closure. a and b are subsets of v*, where v is a vocabulary the

Finite-State Machines with No Output Ying Lu - Based on slides by elsa l gunter, njit, costas busch , and longin jan

Models of Teaching - . edtc 6341 student-centered learning. models of teaching are really…. models of learning most