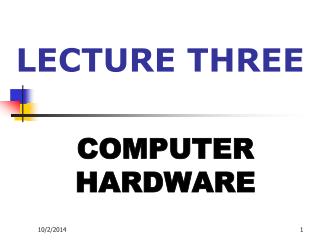 LECTURE THREE. COMPUTER HARDWARE. Introduction. Computer hardware is the name given to all the physical devices found in a computer system.