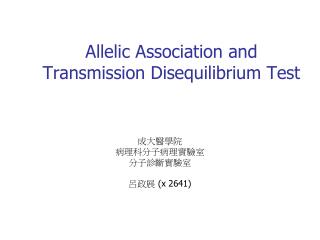 Association Mapping - . david evans. outline. definitions / terminology what is (genetic) association? how do we test for

Family-Based Association Tests - . thomas hoffmann. “if you cannot get rid of the family skeleton, you may as well make