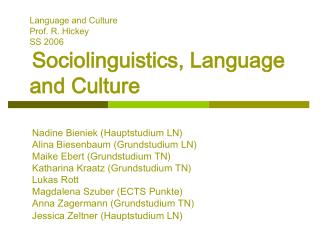 Language and society - . 1. the scope of sociolinguistics 1.1 indications of relatedness between language and