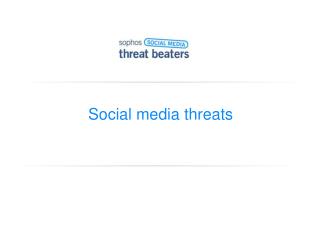 Social Media A Blessing or a Curse - . the terms of reference:. this is not a debate about ‘digital’ per se. this is

Is Social Media a FAD ? - . social media is not a fad. it’s a fundamental shift in the way we communicate. social media

Feminist Social Media Resources - . click a picture to begin!. social media and feminism. create a place where women are