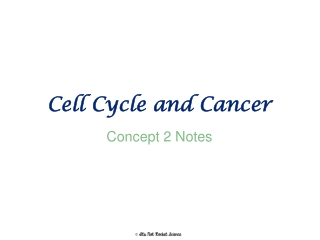 Cell Cycle and Cancer. Concept 2 Notes. How does this happen?. It all begins with a fertilized egg. Once the sperm meets the egg and becomes fertilized, that fertilized egg (zygote) goes through cell division repeatedly. Cell division can give rise to many identical cells