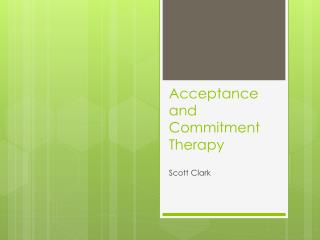 Acceptance and Commitment Therapy as an Alternative to Exposure: - A pilot study in the treatment of veterans diagnosed

Things You Only THINK You Know About Yourself - . thomas s. krieshok, ph.d. university of kansas mu escp class of 1982