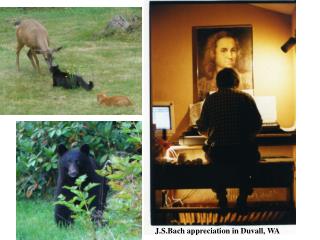 J.S.Bach appreciation in Duvall, WA - . from bach to einstein and beyond variations on science, music and human affairs

J.S.Bach appreciation in Duvall - . science and spirituality, by a road less traveled from bach to einstein and beyond

In Appreciation - . vlp advocates 2005. in times of need,. one thing is clear:. your commitment to rebuilding hope. your

In Appreciation - . volunteer lawyers 2002. in a year of dramatic change for our nation. one thing has not changed:. your

Appreciation - Lord god, may all of your creation - from the vastness of mighty stars and planets to the lowliness of the

Appreciation - . m-o-t-h-e-r &quot;m&quot; is for the million things she gave us &quot;o&quot; means only

scaffold appreciation - Introduction. scaffold is a necessary part of nearly every construction site it provides access

Diversity Appreciation - . presented by iowa civil rights commission. what is diversity?. what is culture?. why does it

Performance Appreciation - . kc1 nature and demands of quality performance. key feature the importance of performance in

Film Appreciation - . shots, angles, cuts, and sound by tonya merritt. shots. the basic visual unit of a movie is the

Art Appreciation - . grade 1 students chose a piece of artwork and described why they chose it. let’s imagine – how

Music Appreciation - First ballet instruction. to further define paris as the capital of the ballet world, king ... in