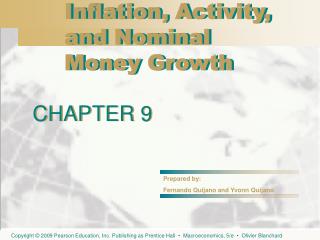 THE CONSENSUS MACROECONOMIC MODEL - . a presentation by; khurrum s. mughal faraz a. khan xin miao for the seminar course;

C HAPTER S IX - . leadership and values. the relative importance people place on values. some influences on the

Marketing Economic Foundations - . unit 4. an understanding of the economy is essential in order to make effective

CIE 3M0 - INFLATION - . cie 3m0 – individual and the economy mr.t. what is inflation?. inflation is the increase in the

lesson 4 - . economic measurements taking a look at gdp. 04/09. powerpoint expectations. there will be a quiz covering

Technological Progress, Wages, and Unemployment - . dimensions of technological progress. there are optimistic and