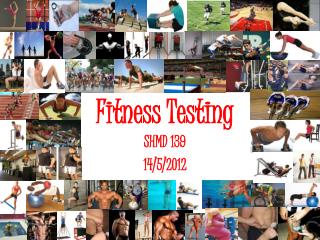 Fitness testing - . learning objectives to be able to give examples of personal readiness questions for a parq to be able

Testing Fitness - . testing and evaluating fitness. every individual has a different level of fitness. it is possible to

Fitness Testing - . why test fitness?. just as fitness is specific, so is the method of measuring the level of each

FITNESS TESTING - . go for your “personal best” and prepare now!. the habits you build today…. will protect your

U17 – Fitness Testing - . reasons for assessments. a functional screen can be used to assess competence in general

U16 – Fitness Testing - . reasons for assessments. a functional screen can be used to assess competence in general

Fitness Testing Matters - . lifelong fitness for our students. introducing…. *only $4.99 per app!!!* . the fitness gram

Fitness performance testing - That's one of the most common question going around in every gym. after trying and testing

FITNESS COMPONENTS AND TESTING - . health components motor skill components. health and fitness. the following are the 5