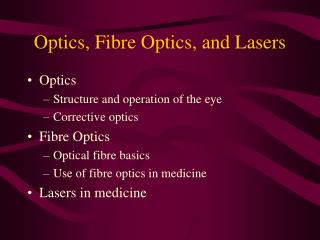 CHAPTER 22: Geometrical optics (4 Hours) - The study of light based on the assumption that light travels in straight

Colour Theories &amp; Some Applications - . “the purest and most thoughtful minds are those which love color the