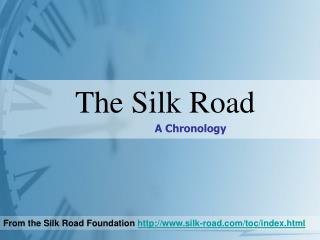 Teaching about the Silk Roads - . myth, mystery, and mayhem. map of the ancient silk roads. map of china. conduit between