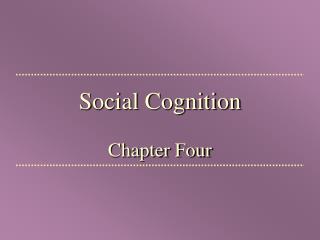 Resident Board Review: Neurology and Disorders of Cognition, Learning and Development - . may 13, 2011. neurology.

WHAT WERE THEY THINKING? AN INTRODUCTION TO ADOLESCENT COGNITION AND BRAIN DEVELOPMENT - . goals. increase understanding

Social Cognition - . how do we make sense of ourselves and others?. social cognition. an approach to studying social