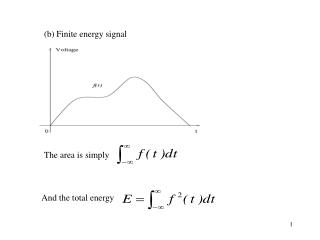 (b) Finite energy signal. The area is simply. And the total energy. Example : A repetitive triangular waveform as shown in the Figure below. (i) Find the area, and total energy of one pulse of the waveform. (ii) Find the mean, mean square and variance of the repetitive waveform. (a). (b). b. B ONLY - #1. technician a says that using your back is the proper way to lift. techncian b says that you should

B O B B ringin ’ O ysters B ack - . when john smith traveled through the bay in the early 1600s, the oyster reefs