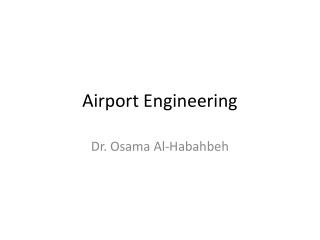 Unit 3 At the Airport - . topic 1: booking flight tickets. background information. when you plan to have a travel by air,

Emergency Management in Airport - . sqn.ldr.somchanok tiamtiabrat ph.d. what is the emergency in airport. new york's

ACCOMODATING A380 OPERATIONS AT MIAMI INTERNATIONAL AIRPORT PROJECT STATUS - . presented by josé a. ramos chief of