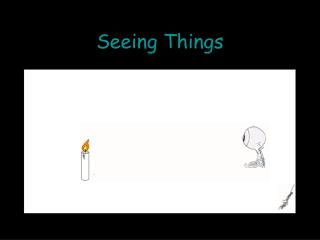 Seeing Things. Understanding Sight Requires. Understanding Light Understanding the Eye-Brain. The Eye & Brain (- are part of how we see.). http://www.michaelbach.de/ot/mot_adaptSpiral/index.html. Meet our “Eye-Brain”. We will use these often as observers on diagrams in this unit.

Science 9 - . reproduction. history of theories of the cell. aristotle (4th century bc)- believe in spontaneous

Welcome to - . unity. of reno. lov. “your task is not to seek for love, but merely to seek and find all the barriers

The Forty Things we receive at the moment of Salvation - . introduction . in this dispensation only, god has provided