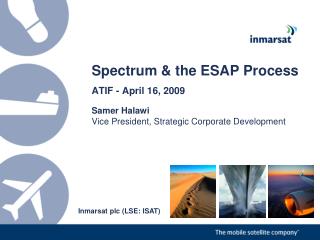 WORKSHOP on Advanced Wireless Technologies: Implications for Spectrum Management - “ allocation and assignment of

The Electoral Process - . the nominating process. critical first step. nomination – the naming of those who will seek

Why Spectrum Analysis is Important - . agenda. introduction overview: what is signal analysis? what measurements are

The Future of Nuclear Power in Our Energy Spectrum - . digby d. macdonald center for electrochemical science and

COLOR - . the painter’s element. spectrum. color is a property of white light. when light rays are bent by a prism or