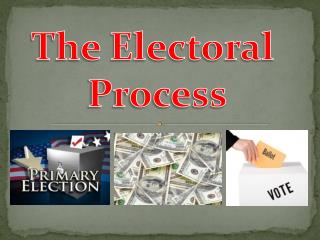 The Electoral Process. The Nominating Process. Critical First Step. Nomination – the naming of those who will seek office (5 ways) The process of candidate selection is a critically important step in the election process. Importance Of.

The Election Process - . module 6.4: presidential election. electing the president. president and vice-president are not