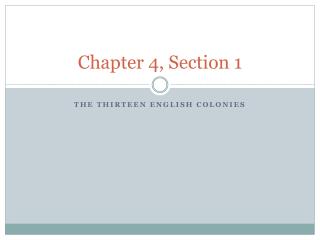 Chapter 4, Section 1. The Thirteen English Colonies. The Puritans Leave England for Massachusetts. Migration to Massachusetts began during the 1630 by a religious group known as the Puritans.