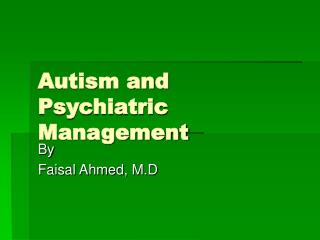 Mental and Psychiatric Health - . how are psychological capabilities influenced by our lifestyle and the activities we

Ageing and autism - . richard mills – director of research carol povey – head of adult services. “anyone can get

ICT and Autism - . there is no magic bullet !. ict and autism. there are no computer programs that can 'cure' a person's

Autism and Employment - . exploring opportunities. autism and employment . making it work. sometimes job placement for a